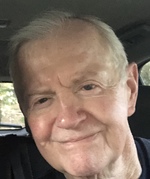 Austin “A.J.” John Chafee of Newbury Park California unexpectedly passed away on March 2, 2020. Austin was born in Providence, Rhode Island on February 4, 1940 to Charles and Hazel Chafee (deceased). He grew up with his two brothers Ronald and Russel Chafee (both deceased.) As a young man he joined the military and spent 6 years as a U.S. Army MPC European/Asian Commands. During this time he served as an investigator and as a United Nations Security Advisor providing protection for international dignitaries. Austin moved to Newbury Park in 1964 where he became a Senior Deputy Officer in the Ventura County Sheriffs Department. Austin was one of the first deputies assigned to the city of Thousand Oaks and opened the original East Valley Sheriffs station. During his years of service with the Sheriffs Department, Austin worked in many capacities from patrol officer to major crimes investigator in the Homicide, Vice, Organized Crime and the Narcotics divisions to name a few. Upon retiring from the Sheriffs department, Austin founded A.J. Chafee Investigative Services where he was engaged in investigative work for the U.S. Departments of the Treasury, Homeland Security and Defence obtaining a TOP SECRET security clearance. Austin served as Deputy Director to Brigadier General (deceased.) David Stiener of the Israeli Air Force helping to develop airport security procedures following 9/11, that are in place now statewide. Austin was a devout Christian whose life of service was as much a calling as a career. He exemplified what it was to “…walk the walk” with humility and grace. Though Austin was a modest man of great accomplishments, he was most proud of his role in co-founding the Drug Prevention Through Education Program under President Ronald Reagan commonly known as the "Just say NO to drugs" program, his work as area chairman of the Salvation Army and the Baja Christian Ministries and his affiliation with the National Crime Prevention Agency. Austin served a grateful nation and community with honor and dignity, but his greatest pride was his family. He was a devoted husband to Patti Conti Chafee (deceased) for 38 years and was the proud and loving father to Daniel, Kelly and Todd Austin Chafee. Few people realize the depths of compassion in Officer Austin Chafee. Patti had come to expect the unexpected where Austin was concerned. He often invited people into their home for a warm meal or even a bed for a few months, without blinking an eye. The house was always full of heaven-sent guests that he would bring home to rescue or entertain.

In 2012 he married Monte Chafee who remained a devoted wife, partner and friend to the end. Austin is survived by his wife Monte Chafee and adult/children, Daniel Chafee, Suzanne Watson, Kelly Ehrlich, Todd and Sandie Chafee, John and Jaymie Ward, Sheri Ward, and 12 grandchildren, Nicole, Tyler, Amanda, Samantha, Danika, Austin, Sean, Jessica, Dylan, Megan, Courtney and Caylee as well as 6 great-grandchildren. Although, Austin was known as "Dad and Grandpa" to many more. He will be sorely missed.

In lieu of flowers, please send donations in honor of Austin Chafee to the Salvation Army.

Please visit this link to view the service remotely.
https://control.livingasone.com/webplayer/video.html?id=55a1d189-e4ce-4eea-838f-9f7fcc499ca6