To share your memory on the wall of Joyce Turney, sign in using one of the following options:

Joyce was born Feb 28, 1925, daughter of Koert and Marie (Forbis) Longerbeam at the
Longerbeam family home in Downey, Iowa. The family moved quite a bit trying to find work,
eventually settling in Wister, Oklahoma during the Great Depression on a little farm that
belonged to Joyce's great-aunt and uncle. She graduated from Wister High School and attended
Oklahoma A&M (now Oklahoma State University) in Stillwell, Oklahoma. Following her family's
move west, Joyce came to Highland Park in Los Angeles, California in 1943 and found work in
the Information Bureau and Personnel Department at the Los Angeles Times.

Joyce met Francis Goding Turney through the Highland Park Baptist Church where both families
attended. They were married there on March 14, 1944. After Francis’s naval service in World
War II, they eventually settled in Redlands where Joyce was very active in community affairs,
local Democratic politics, union organizing, and raising her growing family.

In 1962, the Turney's moved into their beloved “Big Green House” on Berkshire Avenue in
South Pasadena. Joyce continued her political activities, serving as Coordinator of the California
Democratic Council in Los Angeles. In 1965, she began her career as Postmaster of South
Pasadena, an appointment from President Lyndon Johnson and a position which she held for
many years. Always seeking new challenges, Joyce entered Loyola Law School as a night student
in 1972. She graduated and passed the California Bar Exam in 1976. In 1977, she took a leave of
absence from the South Pasadena Post Office when she was elected as the first female
president of the National Association of Postmasters, a post she held for two years in
Washington D.C. In that capacity, she testified before Congress on several issues related to the
U.S. Postal Service. Joyce continued working in Washington for an additional year as a legal
representative for the US Postal Service.

After retiring from the Postal Service in 1990, Joyce continued her civic activities. She
volunteered at Legal Aid of Los Angeles, giving free legal advice to the poor. Joyce was always
deeply involved in Democratic party politics. From serving as a “Golden Girl” at the Democratic
convention in 1960 that nominated John F. Kennedy, to volunteering with many local, state,
and national campaigns, politics was her greatest love after her family. Joyce actively
participated in the campaign of Edmund G. "Pat" Brown for Governor of California as well as
the campaigns of Jack Scott, Adam Schiff, and Bill Clinton. She was very active after her
retirement in the South Pasadena Democratic Club and she continued annual trips to
Washington D.C. to serve on the National Association of Postmasters Credit Union Board for
many years. She was also active in community civic service organizations such as Soroptimist
International of Pasadena and the Pasadena YWCA.

Joyce was a member of Neighborhood Unitarian Universalist Church in Pasadena for 50 years.
She served in many volunteer positions there over the years including President of the Board of
Trustees.

Joyce was also extremely accomplished at the home arts of needlework, sewing, knitting, and
baking. She sewed many treasured outfits for her children and grandchildren. For many years,
she even made the wedding cakes for all the family weddings! She was truly a Renaissance
woman.

Joyce was predeceased by her husband Francis in 2008 and her brothers Dr. Jerrold
Longerbeam and Robert Longerbeam.

Joyce is also survived by her sister Jacqueline Kanaga of Green Valley, Arizona and by her
brother Gordon Longerbeam of Livermore, California.

Joyce was adored by her 15 grandchildren and 13 great-grandchildren on whom she completely
and enthusiastically doted. Fran and Joyce were two of the most generous parents and
grandparents. They supported us all in so many ways and will be dearly missed.

A memorial will be held in late summer at Neighborhood Church in Pasadena.
Read Less

To send flowers to the family or plant a tree in memory of Joyce Thelma Turney, please visit our Heartfelt Sympathies Store.

Receive notifications about information and event scheduling for Joyce

There are no events scheduled. You can still show your support by sending flowers directly to the family, or planting a memorial tree in memory of Joyce Thelma Turney.
Visit the Heartfelt Sympathies Store

We encourage you to share your most beloved memories of Joyce here, so that the family and other loved ones can always see it. You can upload cherished photographs, or share your favorite stories, and can even comment on those shared by others.

Guaranteed hand delivery by a local florist
A

Posted Apr 23, 2020 at 12:04am
My condolences to Mrs. Turney's children for the loss of their mother, a strong woman whose life spanned the decades and whose love and kindness reached far beyond her years. If you were privileged to have had Mrs. Turney as your neighbor or friend you knew you had found a real gem. Her family members were so blessed. As the memories of her are rethought and the stories retold Mrs. Turney will forever live on in the hearts of all who knew her. In your moments of sadness may God's promises bring you comfort. John 5:28,29, Psalm 37:11, 29
Comment Share
Share via: 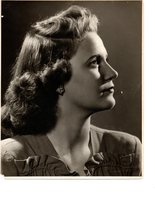 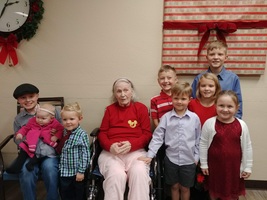 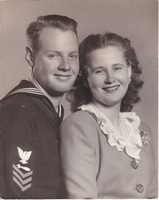 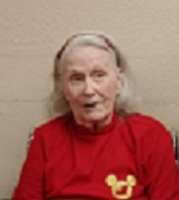