To share your memory on the wall of Lillian Hearn, sign in using one of the following options:

Provide comfort for the family by sending flowers or planting a tree in memory of Lillian Hearn.

Provide comfort for the family of Lillian Hearn with a meaningful gesture of sympathy.


Our mother, Lillian Hearn, was born Theresa Sylvia Bettinardi on August 7, 1926 to Sylvia (nee Brocardo) and Isidore Bettinardi on the South side of Chicago. Mom was called “Lilli” by her mother, although she was named... Read More
Our Mom


Our mother, Lillian Hearn, was born Theresa Sylvia Bettinardi on August 7, 1926 to Sylvia (nee Brocardo) and Isidore Bettinardi on the South side of Chicago. Mom was called “Lilli” by her mother, although she was named for St. Teresa of Lisieux, who was the most recently canonized saint of the Catholic Church. My grandfather Isidore had come to the United States about 16 years earlier in the mass immigration of Italians who fled the Italian States during a depression. He was here making a way to bring his family to the new world. When he and my grandmother were reunited, my mother was conceived and born. She had four brothers - Antonio, Giovanni, Alessandro and Ottillio, who died an infant in the diphtheria epidemic of that era.

Mom was the favorite of her middle brother, our Uncle John, and said he was more like a father to her than a brother taking her out in the world and protecting her. They remained close until his death in 2000 and he lived with her after our father’s passing in 1992. He was very good to us and a treasured part of our nuclear family.

Mom attended Fenger High School near her home in the predominantly Italian southside of Chicago’s Roseland community and garnered a National Math Honors pin her senior year. Her children certainly did not inherit their mother’s talents for mathematics or fine art, but music was in the blood as she had a great aunt who was reputed to have an excellent operatic voice. Mom further distinguished herself by winning a scholarship to the Art Institute of Chicago which she attended for 2 years. Her first job was with an advertising agency where she enjoyed making illustrations for their ads. She once told me that her boss was the kindest man and she really enjoyed working with him.

In 1950, Mom and my father, Millry, known to everyone as “Tex,” met at a dance in Chicago. Dad was out of the Army Air Force following World War II and working for Braniff Airlines as a mechanic at the time. They fell in love, married, had their firstborn (my brother Kenneth), and chose the warm, sunny climate of California to be their home when Dad was able to get a transfer. Kaiser homes were being built all over the San Fernando Valley to accommodate the post-war “baby boom” and Lillian and Tex followed the exodus of families to the “Golden State.” Mom and Dad bought their house for “a song” compared to today’s exorbitant price tags and remained there until the end.

Their only daughter, Karen, was to follow when they landed in California and rented a triplex in Hollywood on Mariposa Avenue just south of Sunset Boulevard. Shortly thereafter, they moved to North Hollywood to their home on Charlesworth Avenue where they raised their children. Mom attended church at St. Jane Frances de Chantal (our father was to convert some years later and join her) where we are celebrating her life today. She was a lifetime devoted Catholic attending Mass every Sunday and coming to hear our musical trio, Trilogy, play the evening Mass. Her home prayer life was rich and she had a devotion to honoring the wounds of Our Lord. The Rosary also became part of her prayer devotion later in life which she said was very comforting to her.

Mom went to work for the United States Post Office when we were teenagers, so proud to have passed the Civil Servant test on her first attempt. She was a very intelligent woman and could have done anything she put her mind to. But mom was just content to be a mother, wife and postal clerk. She loved to paint as a hobby and took watercolor lessons for several years with noted painter Rose Odo and learned to make the beautiful paintings that showed in several local shows and which even won blue ribbons. Many of her works still hang on the walls of her home!

Mom did not like to wander far from home, so home crafts like painting, knitting and other projects were what she most enjoyed. She also was a voracious reader and in her 80’s bought a computer and became sufficiently internet savvy to “surf the net,” communicate with old friends and family and her favorite thing - checking out and reading library books on-line! Mom especially enjoyed reading mysteries and always had a great recommendation to give all of her fellow readers.

Her daughter-in-Law, Lynn, began collecting pithy humor by Lillian several years ago. We’d like to share some of her wry commentary with you that you may even recognize:

“The brain just doesn’t work like it used to. The exits are closed”

“Come over and we can sit and talk about nothing.”

“My smarts and my get-up-and-go got up and went.”

“Pants too tight? Welcome to the club, dear.”

Lynn to Mom: “I feel so bad I didn’t call you this week!” Mom: “Well, feel bad and make sure you bring me an egg burrito on Sunday.”

“I wish I could perform an act for you today, but I’m just not in the mode.”

Mom was a cancer survivor and struggled with Parkinson’s tremors, joint pain, hearing loss and difficulty walking. She had no shortage of crosses which she bore valiantly and with humor. Recently, during her final illness, Ken and Lynn had stopped by to spend time with Mom and she was still wanting to talk. Lynn asked her if she wanted to talk to anyone in particular and she said, “Richard Chamberlain!” Ken said, “Mom what about Michael Feinstein?” (one of her favorite singers), and Mom replied, “Oh, he’s too old!”

Clearly, Mom never lost her sense of humor, her Faith or her love for her cats or her kids! She was a wonderful, loving mom, neighbor and friend, kind, funny, witty and always ready to lend an ear - her left one (the right one didn’t work very well anymore). Oh, and did I (Karen) give her an earful! Mom was always there to hear me moan or rant when my life wasn’t running smoothly, always ready to support and soothe.

Our life will be forever changed without our Mommy, emptier and a lot less funny. Lillian will always be in our Thoughts and our Hearts! May she rest peacefully with The Lord.

To send flowers to the family or plant a tree in memory of Lillian T. Hearn, please visit our Heartfelt Sympathies Store.
Read Less

Receive notifications about information and event scheduling for Lillian 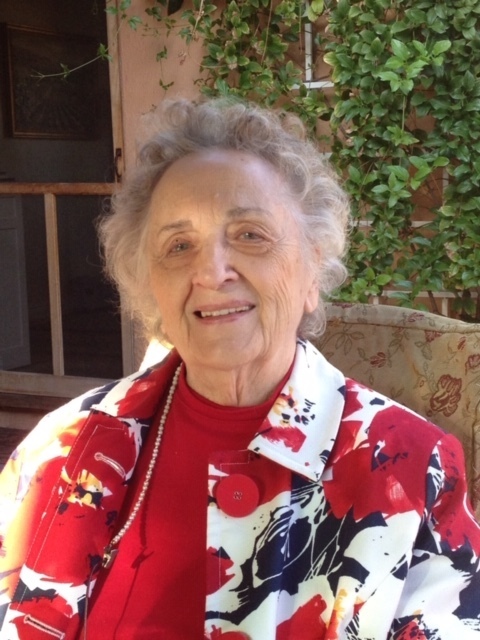 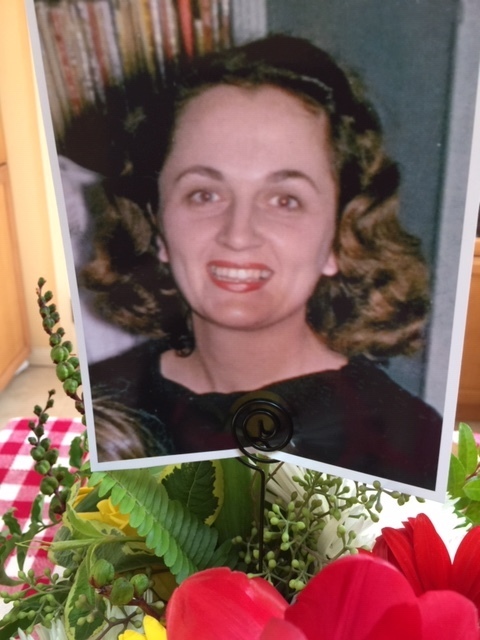 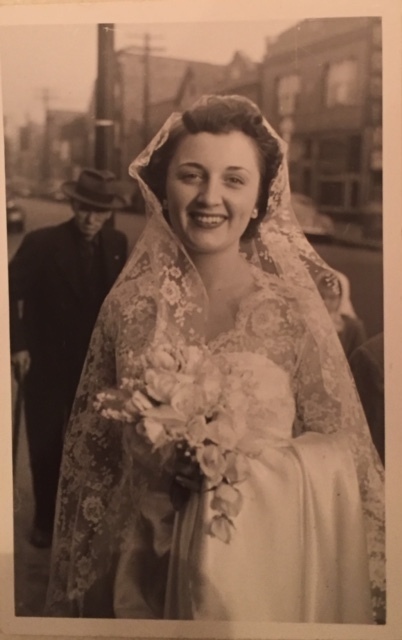 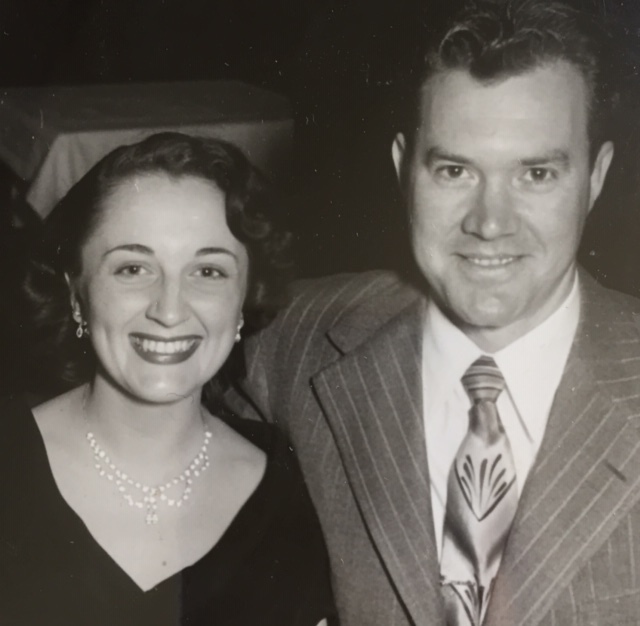 We encourage you to share any memorable photos or stories about Lillian. All tributes placed on and purchased through this memorial website will remain on in perpetuity for generations.

In loving memory of our dear Aunt Lillian

My thoughts are with you, Ken and Karen, as you say goodbye to your lovely mother. She was such a warm and generous person. When Rod and I, as newlyweds, moved to California, we spent almost every holiday with your parents. Later, when we had two small children and were living on a single income, there were many Christmases when your mother’s generous check allowed us to actually have presents under the tree. I always wrote and thanked her, but I’m sure she never truly realized what those checks meant to us. I know you will miss her, but be assured that the world was a better place because of your mother. May God welcome her with open arms. Love to you both.
Comment | Share Posted Jan 07, 2019 at 10:11pm via Condolence
CF

My condolences to the Hearn families. I'm sorry to hear about the loss of dear Lillian. Some Bible scriptures that have helped me during times of loss include Isaiah 26:19 and Psalm 37:28,29 which states in part: "Your dead ones will live...They will rise up". And the Bible also says "The righteous themselves will possess the earth, and they will forever reside upon it". Therefore the Bible promises that we may be reunited with our loved ones lost in death by means of an earthly resurrection. This is further confirmed by John 5:28,29 which says "Do not marvel at this, because the hour is coming in which all those in the memorial tombs will hear his voice and come out". This is possible thanks to Jesus Christ's ransom sacrifice. Thus we have a genuine hope of everlasting life in a world without wickedness or suffering.
Comment | Share Posted Jan 07, 2019 at 09:25pm via Condolence