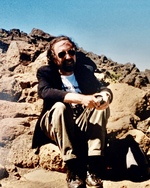 Born in Los Angeles in 1945, Phil Bedel passed away peacefully at his home with his wife and sister-in-law by his side.
A robust artist, Phil created pathways in several arenas. His first love was music. Accepted to the Julliard School of Music under the tutelage of bassoonist Simon Kovar, Phil chose in favor of UCLA, earning a B.A. in Anthropology and an M.A. in Fine Arts.
Following his university studies, Phil established his own studio as a photographer in the music and business communities. As well, he taught photography both at Otis-Parsons Art Institute and at UCLA Extension.
Entering the field of television, Phil edited several shows for TNT, featuring Leonard Nimoy, the Everly Brothers, and Minnie Pearl. At that time, Phil joined the Directors Guild of America.
In 1991, Phil developed his appreciation of the early years in education and created the documentary, Beating the Odds, for which he earned four documentary film awards, including the Telly, Insight, and Columbus International Film & Video Festival Awards. This documentary was funded by First Five, a cutting-edge, state-wide program, featuring First Five’s key player, Rob Reiner.
In 1997, for a ten-year stretch, Phil became the first and only museum curator of the Santa Monica Mountains National Recreation Area in California, cultivating a rich and diverse collection of artifacts for researchers in the field of Native American heritage. Focused on the Chumash demographic, Phil studied and brought forward the history and contributions of this community, advocating study and interest from surrounding colleges and universities, including his alma mater, UCLA.
In 2002, Phil co-created the nonprofit, Teaching At The Beginning, Inc., exploring research in the burgeoning field of second language acquisition in young children. For the next ten years, he created documentary videos for the nonprofit’s presentations at the NAEYC Institute, NAEYC, CAEYC, CABE, UCLA EXTENTION, and Zero To Three, amongst others. He and his partners presented sixty hand-tailored workshops. One of his major works includes a three-part documentary series, Soyul & Teacher Yvette, captured at UCLA ECEC, exploring the four stages of second language acquisition in young children in real time. His video collection was widely shared by New America, showcasing the teacher-child connection.
Phil is survived by his wife, Sally Durbin, his brother, David Bedel and his wife Laura, and his nieces and nephews, Bryndan Bedel, Cary Schirmer, Casey Schirmer, Andrew Abdo, Cara Sherburne, Erin Massey, James Massey, Ashley Norris, David Popa, Maradith Durbin, and Paul Durbin.
Donations can be made to:
Children’s Hospital of Los Angeles, www.chla.org
Museum of Jurassic Technology, www.mjt.org